THE star-studded line-up for Celebrity Karaoke has been revealed and includes Towie, Selling Sunset and Love Island favourites.

The impressive cast list includes Dancing on Ice and Ibiza Weekender stars will also appear in the fun ITV2 show.

Selling Sunset star Chrishell Stause will lead the glam for the line-up for series three of the wild music entertainment show.

Dancing on Ice legend Matt Evers has also been snapped up for the show.

He posted on Instagram: “We had soooo much fun. This show is bonkers for all the right reasons!”

The US star, who will be joined by Dubai-based Love Island star Laura Anderson added: “You wrapped in a million sequin props still hurts my sides 😂😂the best.” 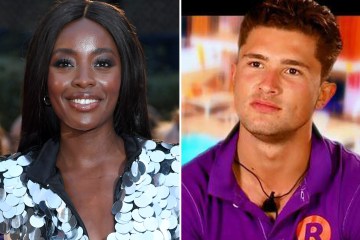 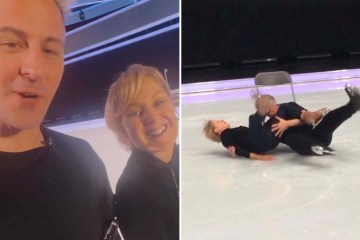 Dancing on Ice judge and former Strictly star Oti Mabuse promised to tune in and gushed to her pal: “I’m so happy for you.”

Other big names to join the lineup include Towie legend Chloe Sims, who promises to bring plenty of sparkle to the proceedings.

Actress and writer Donna Preston will also be on the show alongside Ibiza Weekender’s Callum Izzard, social media stars Arron Crascall and Queen Mojo, as they take to the karaoke stage in a bid to win the crown.

Celebrity karaoke will include showbiz gossip and epic celebrity performances.

Like previous series, every performer will also be a karaoke judge, so they’ll all need to impress their fellow celebrity competitors if they want to win.

At the end of every episode someone will be sent home and new celebrities will join the competition hoping to be crowned the karaoke champion.

To add to the star-studded lineup, last year’s reigning karaoke champion AJ Odudu and drag karaoke finalist The Vivienne will pay the contestants a visit to offer their best advice, tips and tricks of the trade.

Celebrity Karaoke Club will return to ITV2 and ITV Hub this summer.