COPS have launched a murder probe after a man in his 50s was found dead in his flat hours after he was assaulted by a man and woman outside a shop.

Thomas Valley Police were called out a property in Barton, Oxford, at 11.30am this morning following concerns about the welfare of a man at an address in Brome Place.

Tragically, on arrival, officers found the man’s body inside the property with signs he suffered serious injuries.

The man had been assaulted the previous evening, a subsequent report said, and was taken home by friends.

He refused to seek medical attention or report the assault to police.

It’s believed the assault took place at the shops at Underhill Circus on Saturday evening. 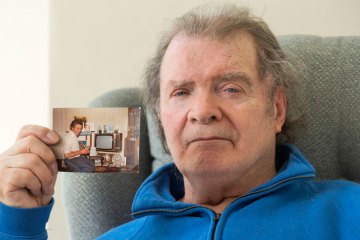 Senior Investigating Officer Detective Inspector Mike Roddy of Thames Valley Police’s Major Crime Unit, said: “We are in the very early stages of this investigation, but it appears that the victim has sustained head and facial injuries, which were not reported to or treated by medical professionals.

“Although we have launched a murder investigation, we are currently keeping an open mind as to the circumstances that have led to the man’s death, and we would urge the local community not to speculate on the incident.

“However, at this early stage, we do believe the victim may have been assaulted by an unknown man and woman at around 9.30pm on Saturday evening outside Barton shops and was knocked to the floor.

“We are aware that he was taken home by friends, and the alarm was raised to us this morning after he did not answer the door to these friends who were concerned for his welfare.

“I am appealing to anybody who was in the area of Barton last night between 8.30pm and 10pm and believe that they witnessed the original incident to please get in touch with Thames Valley Police.”

Detective Roddy said no arrests had yet been made and that the death had understandably caused “concern in the local community”.

“We believe the assault to have been an isolated incident, and we are investigating the circumstances thoroughly,” he said.

“There is an increased police presence and scene-watches in place at the scene of the original assault and in Brome Place while our investigations continue.”

He said though the victim is yet to be formally identified, the man’s next of kin have been notified and are being supported by specially trained officers.

“My thoughts, and the thoughts of Thames Valley Police are with them.”