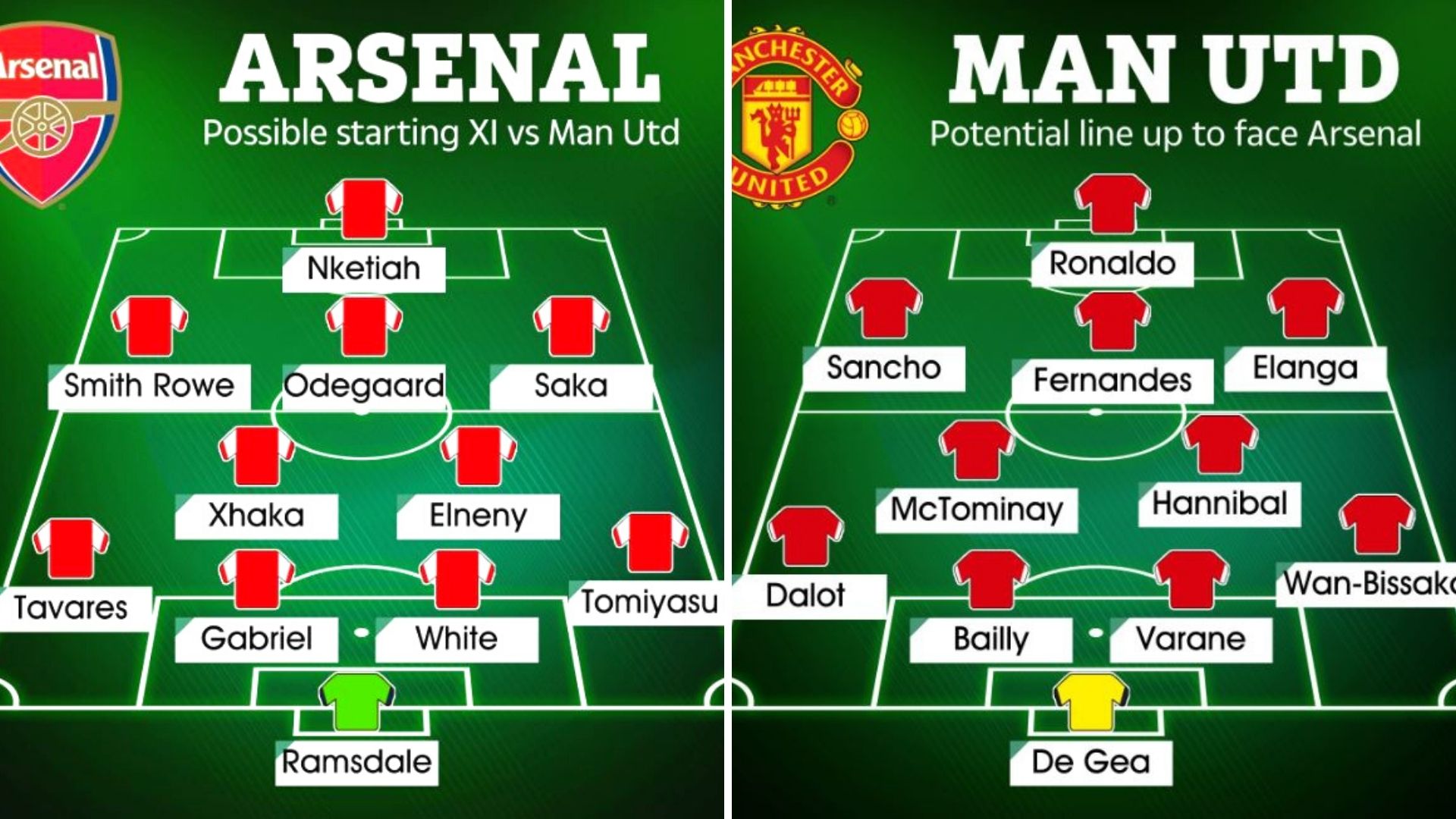 ARSENAL are right in the mix for a top four spot as they take on a bruised and battered Manchester United side.

The Gunners have a spring in their step after a 4-2 win at Chelsea on Wednesday and will go into the Emirates clash full of confidence.

United, meanwhile, could not be in a worse place.

The 4-0 defeat at Liverpool on Tuesday was one of the worst showings in recent memory – and many of their superstars appear to have one foot on the plane abroad for their summer holidays.

The appointment of Ajax manager Erik ten Hag at least gives United some sense of direction for next season.

And he will take confidence out of the job Mikel Arteta is doing in North London, developing a set of youngsters nicely for the challenge this season.

Three points separate these two teams in the battle for fourth and a win for the Gunners would make the North London derby on May 12 seriously interesting.

When is Arsenal vs Man Utd and what time does it kick off?

The game is being played at the Emirates Stadium in North London.

What TV channel is Arsenal vs Man Utd on and can I live stream it?

The game is being broadcast live on BT Sport 1 and BT Sport Ultimate.

You can stream the game via the BT Sport website and App for any mobile, tablet or smart TV.

In the United States, the game is being shown on USA, with coverage starting at 7am ET.

What is the team news?

Arteta is likely to be without full-backs Kieran Tierney and Takehiro Tomiyasu for Saturday.

Thomas Partey is also still injured for the Gunners after missing the last three games.

United will be without Paul Pogba, who limped off in the thumping to Liverpool.

Scott McTominay did not even set foot on the pitch on Merseyside, while there is a chance Hannibal Mejbri could be given more game time and the chance to impress incoming boss Ten Hag.

What are the odds?

Odds courtesy of Betfair, correct as of April 21.