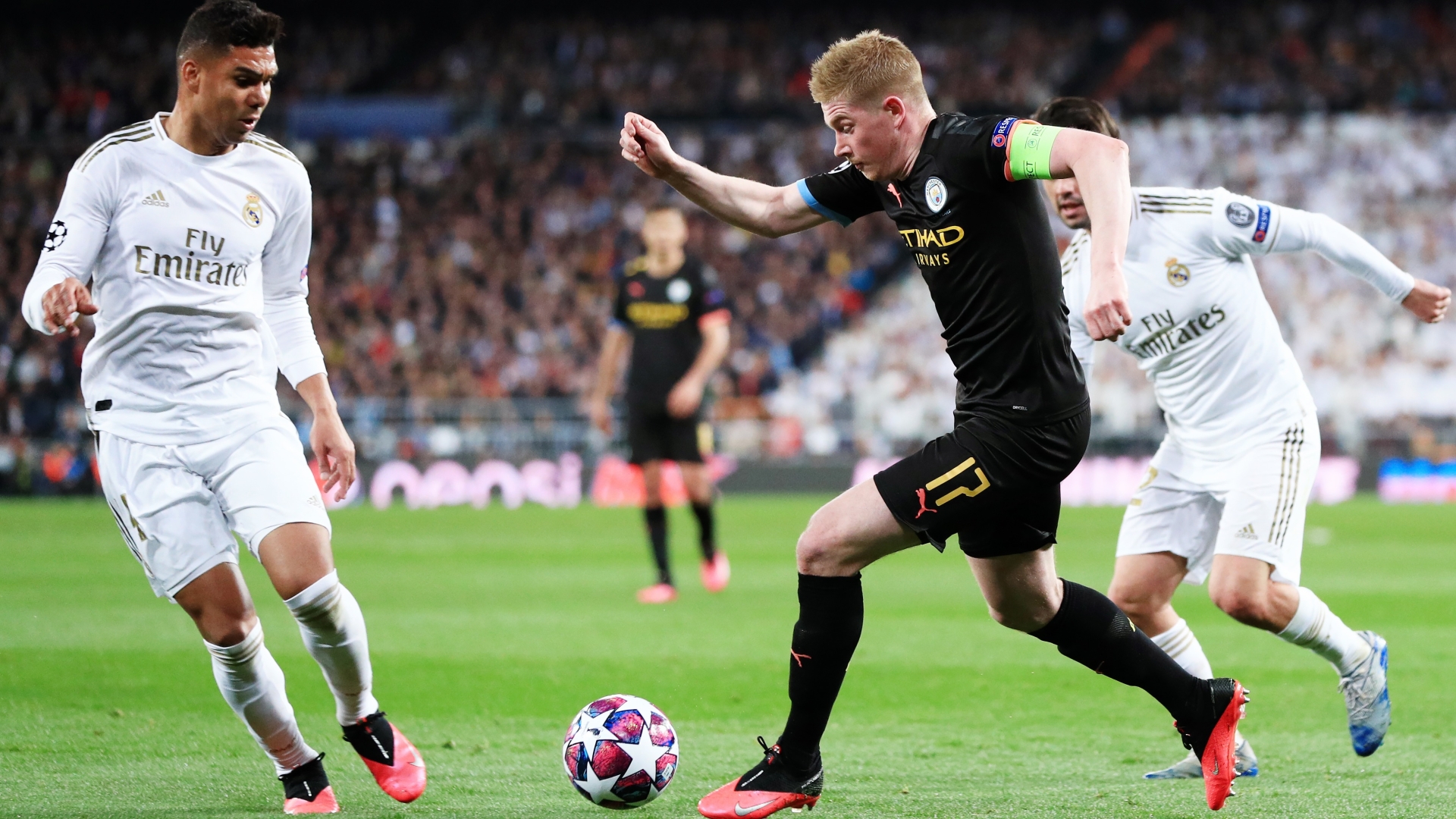 The Premier League leaders take on the LaLiga champions-elect at the Etihad for the first leg before heading to the Bernabeu eight days later.

And if you’re thinking about having a punt on the game, good luck to you.

After all, there is absolutely nothing to split the two sides.

Both squads have injury and suspension issues in their defensive ranks ahead of the game, but both are in supreme form.

And to top it all off, the pair’s head-to-head record is IDENTICAL. 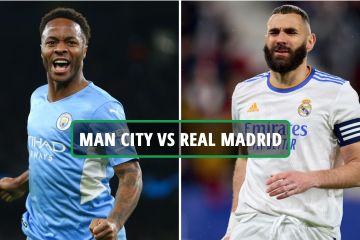 Man City and Real Madrid have faced off six times in the Champions League.

Both teams have won two matches apiece, with the other two drawn.

On top of that, both teams have scored seven goals apiece.

Historically, Real Madrid are the far superior side in this competition, winning the European Cup a record 13 times while City still await their first-ever crown at Europe’s top table.

The clubs first faced off in the Champions League in the 2012-13 group stage.

Los Blancos won their home game 3-2 before the return fixture at the Etihad was drawn 1-1.

Real Madrid would reach the semi-finals that year, losing to Borussia Dortmund – who also topped their group – while City failed to win a single group match.

City were held 0-0 in Manchester before a Fernando own goal at the Bernabeu saw Los Blancos reach the final – which they won, beating Atletico Madrid on penalties.

And the two clubs met as recently as the Covid-affected 2019-20 season – with City winning the last 16 tie 4-2 on aggregate.

The Premier League side would crash out at the hands of Lyon in the quarters as their Champions League trophy drought rages on.

Could 2021-22 be their year? They’ll have to fight past Real Madrid first to break their historic tie.

Then comes one of Liverpool or Villarreal, who play the first leg of their semi-final clash at Anfield on Wednesday night.